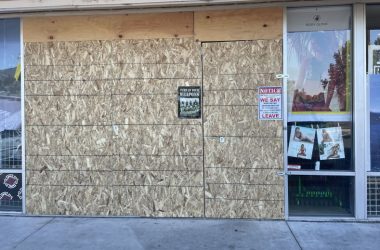 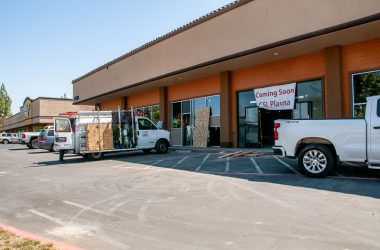 By Phillip Pesola–
The Citrus Heights Chamber of Commerce is continuing opposition to a newly signed California law that could result in the minimum wage for the fast-food industry to rise as high as $22 per hour next year.

The bill authorizes the creation of a Fast Food Council, tasked with setting “minimum standards for workers in the industry, including for wages, conditions related to health and safety, security in the workplace, the right to take time off from work for protected purposes and protection from discrimination and harassment,” according to a statement by the Governor’s Office on Monday.

The council is to be made up of representatives from labor and management. Powers granted to the new council include the ability to set the minimum wage for counter service workers as high as $22 in 2023.

Diane Ebbitt, executive director of the Citrus Heights Chamber of Commerce, said the bill will increase costs for diners eating out and will harm businesses. Prior to the bill being signed, Ebbitt said the chamber was actively encouraging its members to oppose the bill. Now she is encouraging an effort to fight the bill with a referendum, where voters at the ballot box will have a chance to decide whether to keep the law.

“This bill hurts small business owners and fast-food restaurants on many levels – Having an oversight committee of unelected political appointees, wages raised to $22 an hour, and dismantling the franchise model as we know it,” said Ebbitt in a statement following the bill being signed. “Restaurants are already hurting from the pandemic, employee shortage, fuel prices, and rising cost of food. I don’t understand why the Governor would sign a bill that will hurt so many restaurant and small business owners.”

In contrast, Gov. Newsom says the law “gives hardworking fast-food workers a stronger voice and seat at the table to set fair wages and critical health and safety standards across the industry.”

Authors of the bill said the legislation was sorely needed, stating that “the fast food sector has been rife with abuse, low pay, few benefits, and minimal job security, with California workers subject to high rates of employment violations, including wage theft, sexual harassment and discrimination, as well as heightened health and safety risks.”

The California Chamber of Commerce, which opposes AB 257, says on its website that the bill will shift responsibility for labor law violations from individual franchise owners to the franchise chains themselves. In addition to fast food restaurants, the scope of the bill includes other “counter service” restaurants such as bakeries, delis, and coffee shops.

The Chamber warned that increased costs on businesses will be passed on to consumers. “Between skyrocketing food and gas prices, working families can’t afford to pay another government-mandated cost increase every time they eat a meal,” the Chamber said.

While the Chamber says existing labor laws governing the fast food industry are sufficient, the text of the bill says establishing a new regulatory body is necessary because existing regulations and enforcement have failed to provide fast food workers with adequate safety and welfare.

The Wall Street Journal reported that a proposed referendum to overturn AB 257 was filed with the California Attorney General’s Office on Tuesday. If the effort gathers enough signatures, it will be placed on the ballot in 2024.

Service Employees International Union President Mary Kay Henry told The Sacramento Bee the referendum effort is “an act of extraordinary greed and cowardice” on the part of fast food corporations.

“It’s how they act when they’re terrified of their own workers and the power of collective action.”