Employment: Four jobs in Citrus Heights that pay over $40k

Q&A: Will that new California Burrito ever open in Citrus Heights? 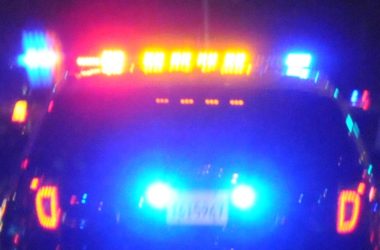 Three juveniles were arrested early Wednesday morning after a witness’ husband detained them in the middle of the street following an alleged vehicle break-in, according to a press release from the Citrus Heights Police Department.

Police say the incident occurred around 2 a.m. on the 7300 block of Parkvale Way, where a neighbor observed the teens breaking into a vehicle. Officers found and arrested the suspects on Blackthorn Way and Tupelo Drive, where the witnesses’ husband had caught them.

Stolen electronics from the vehicle were discovered on one of the suspects, and the other two had property which police say appeared to be stolen — although ownership is still being investigated. Police say the witness was able to identify the suspects, who range in age from 15 to 17 years old. 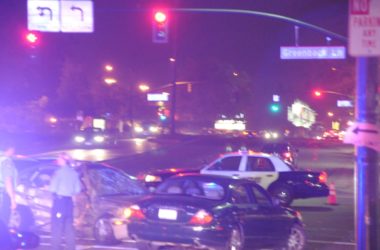 Citrus Heights police said this morning that a four-car accident Thursday night was caused by a female suspect who fled the scene after running a red light and ramming another vehicle in the intersection of Greenback Lane and Sunrise Boulevard.

“Initial reports are that the driver of [a] Cadillac ran a red light and broadsided another vehicle,” said Citrus Heights Police Department Sergeant Bryan Fritsch, who indicated the suspect was driving at a “high rate of speed” on Greenback Lane and fled the scene on foot afterwards. He said the suspect had been identified as a woman in her thirties, but added, “the status of her arrest is unknown at this time.”

The collision occurred just after 8 p.m. Thursday, partially blocking traffic at the intersection as about a dozen officers responded to the scene and diverted Sunrise Boulevard traffic to Greenback Lane.

The driver of the broadsided Hyundai was taken to a local hospital with unknown injuries, while drivers of the two other vehicles involved were uninjured, according to police… 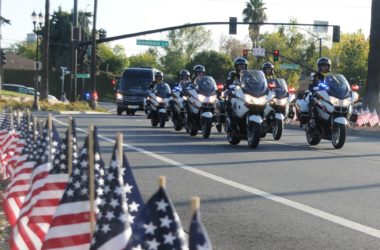 Sacramento Sheriff’s Deputy Danny Oliver was laid to rest Monday in Citrus Heights, after traffic was blocked on Greenback Lane to allow an extensive law enforcement procession to make its way to Sierra Hills Memorial Park & East Lawn mortuary, before continuing to Fountain Square Drive for a private reception at the Citrus Heights Community Center.

Although attendance at the burial and reception was restricted, those wishing to pay tribute to the fallen deputy were invited by the Sheriff’s Department to stand alongside portions of the procession route, with some doing so near city hall.

“I wanted to bring my grandson out to see the camaraderie of law enforcement coming together,” said Citrus Heights resident Sharon Day, who brought 3-year-old Jackson out to see the procession and pay respect to the fallen deputy… 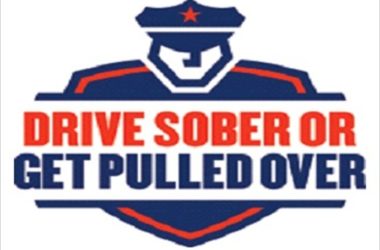 Warning that October 31 is statistically “one of the most deadly nights of the year,” the Citrus Heights Police Department announced it will be deploying extra officers to the streets as part of a “DUI Saturation Patrol” operation this weekend, according to a press release from the Department.

“We want people to remember: like ‘Trick-or-Treat;’ ‘Drink-or-Drive.’ One or the other, but never both,” said CHPD Sergeant Dave Gutierrez in a written statement to the media. “Before you take your first sip of alcohol on October 31, figure out who your designated sober driver will be.”

Police say additional officers will be out looking for signs of alcohol or drug impairment beginning Halloween night and extending through the weekend, adding that drinking-while-walking can be “just as dangerous” as drinking-while-driving. 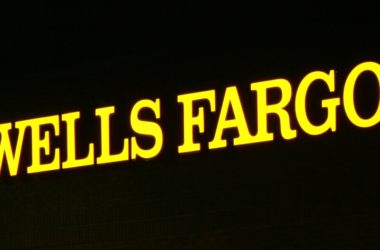 A press release by the Citrus Heights Police Department said the suspect fled in a dark vehicle along with an additional person, and was seen driving south on Sunrise Boulevard. The license plate for the vehicle indicated it was stolen, and the Sacramento County Sheriff’s Department was notified — with deputies shortly locating the vehicle, although unoccupied.

The Department says further investigation led officers to locate and detain two Rancho Cordova males, who are “suspected of being involved in the robbery” — although the investigation is still ongoing… 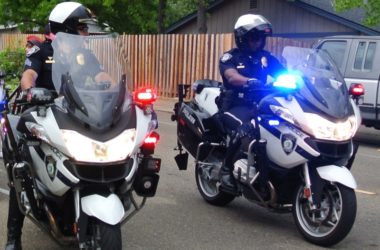 The Citrus Heights Police Department (CHPD) announced Tuesday it was awarded $182,525 in grant money for a one-year special enforcement and education program, aimed at reducing traffic-related deaths and injuries in the city.

“I am proud of our continued partnership with the Office of Traffic Safety,” said Lieutenant Ryan Kinnan in a press release, referring to past grants the local Department has received from OTS.

CHPD says deaths and injuries fell significantly between 2006 and 2010 in Citrus Heights, but saw “slight increases” in 2011 and 2012. Kinnan is hopeful that “innovative strategies” funded by this latest grant will help reduce collisions and injuries in the city… 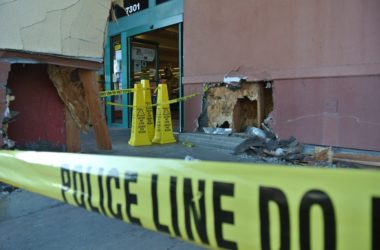 Volvo Crashes Through Front of Safeway on Greenback

Citrus Heights’ Safeway received an unwanted cosmetic adjustment over the weekend when a driver rammed his older-model Volvo into the front of the building, damaging a large pillar and part of the front wall… 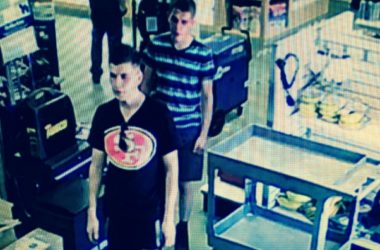 Updated Oct. 18, 1:05 p.m. —
Citrus Heights police emailed and tweeted a request for help Friday night, seeking assistance from the community to identify two suspects who are alleged to have been caught on camera stealing a welding tool valued at over $1,000 from Barnes Welding Supply in Citrus Heights.

Police say on October 10, around 12:45 p.m., two suspects walked into the welding store at 6005 Auburn Blvd in Citrus Heights, and were observed to be engaged in suspicious activity. A Miller Electric TIG welding machine was taken off the shelf and brought to a waiting vehicle, without being paid for, according to police. The vehicle appeared to be a newer model silver Toyota Sequoia, and was seen driving away south on Auburn Boulevard toward Manzanita Avenue.

“Our smaller, family-owned businesses work tirelessly to keep their prices competitive and can’t afford to take losses of this magnitude due to the greed of a few,” said officer Wesley Herman in a press release containing photos of the suspects. “The photographs attached are very good quality and we’re certain that someone in the community will recognize these two theft suspects and assist us in identifying them.”