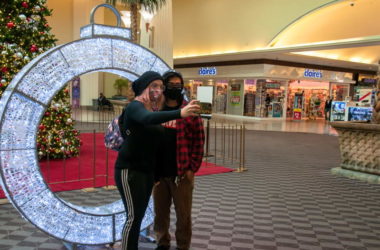 “I’m extremely proud and honored to serve as the mayor of Citrus Heights,” said Mayor Frost just after officially being voted in as mayor by her fellow council members. “I want to thank the citizens of Citrus Heights for the opportunity to be a public servant.”

The new mayor listed several priorities for the coming year, including continuing the former mayor’s efforts to foster new leaders through the “Shadow Program,” and collaborating with citizens through the Residents’ Empowerment Association of Citrus Heights — proposing a new “citizens leadership council.” She also expressed a desire to expand relations with regional leaders, continue to support local police, promote economic development and continue the City’s “tradition of fiscal responsibility.”

Council members also offered praise to former mayor Turner for his work over the past year, with Jeff Slowey giving Turner “kudos” for the way he responded to several controversies over his term as mayor.

“There was a couple of tough issues that came up this year,” said Slowey, likely referring to citizen uproar over a creek trails project and complaints over a new city hall proposal. “You handled them very well.”

The five-member council is in charge of making all policy determinations in the city of Citrus Heights, and votes in a new mayor and vice mayor from among its ranks each year. The council also appoints the city manager, city attorney, and members of advisory boards and commissions.

*Editor’s note: Check back this week for a follow-up “Meet your new mayor” profile story.