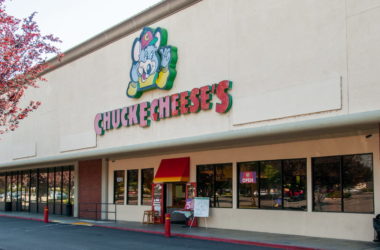 Sentinel staff report–
The 31-year-old Citrus Heights man who was arrested last week after a nine-hour standoff with police has been released from jail, after posting bail.

Online inmate records indicated the suspect, Daniel Makarov, was released from the Sacramento County Main Jail on Feb. 2, the day following his arrest.

Although no records appear on the court’s website regarding a future court date or prior criminal record for Makarov, Sacramento County District Attorney’s office spokeswoman Shelly Orio confirmed that he posted bail and has been given a Feb. 11 court date. As of Tuesday, she said her office was “still reviewing the case for a filing decision.”

At the time of his arrest, Makarov was charged with three felonies, including battery with serious injury, vandalism and possession of an assault weapon, according to Citrus Heights Police Lt. Michael Wells. He was also charged with misdemeanor assault on a police officer and obstructing or resisting a police officer. Bail was set at $50,000.

As previously reported, Makarov was arrested after police said he physically assaulted a neighbor during an altercation, while he was completely naked. He then allegedly fled from responding officers and “barricaded himself inside his home,” leading to an hours-long standoff and evacuations in the neighborhood.

The incident occurred on the 7200 block of La Luna Court, near Sperry Drive and San Juan Avenue.

Citrus Heights Police Chief Ronald Lawrence posted on social media following the arrest that he was “extremely proud” of how his department handled the incident.

“At the conclusion of the incident, once the suspect was safely taken into custody, I drove to the Command Post and later the crime scene, to thank my Command Staff, tactical dispatchers, SWAT team and crisis negotiators for their hard work,” wrote Lawrence, who also said he found the neighborhood applauding his officers.

The police chief also responded to criticism the department received from some who suggested police took too long to resolve the incident.

“What some do not understand are the complexities involved in these types of critical incidents, the strategic deployment of emergency resources, the time necessary for collection of intelligence, decisiveness of command & control required to bring to a successful conclusion, and the necessary patience required to bring calm in the face of chaos,” wrote Lawrence. “I can tell you first-hand, that the tactical commanders in charge of this incident performed flawlessly and with due care for all.”

Lawrence also responded to rumors about whether a dog and girlfriend were inside the home during the incident. He said no one else was inside the residence and confirmed that a dog had been safely released to a family member.

Want to share your thoughts about the standoff?Submit a letter to the editor or opinion column for publication:Click here