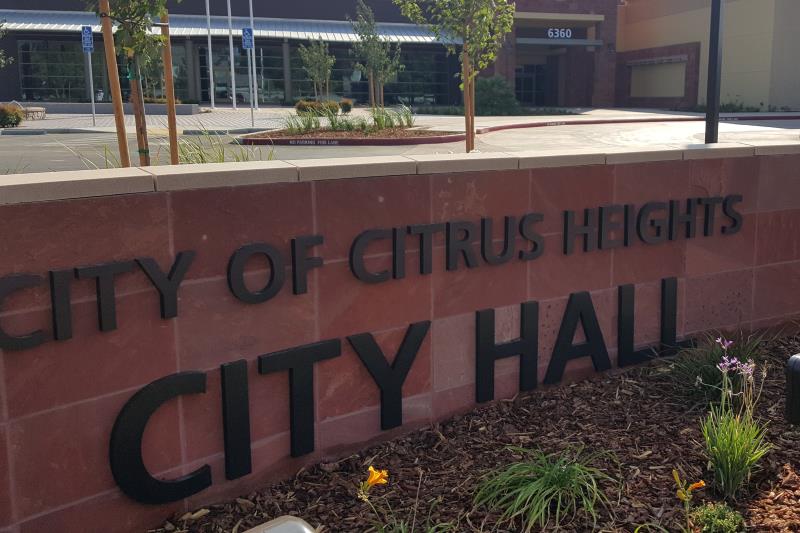 The letter, sent by Malibu, Calif.-based attorney Kevin Shenkman on behalf of a Latino voting rights group, alleges the city’s “at-large” method of electing City Council members results in “vote dilution” of minorities. As evidence, the letter cites 2010 US Census data indicating a Latino population of 16.5 percent in Citrus Heights and states “there has not been one Latino to ever serve on the City’s Council.”

The letter urges the city to voluntarily change its elections to district-based elections, like the City of Sacramento has, or face further legal action from Shenkman’s law firm, Shenkman & Hughes.

Under district-based elections, the city would be divided into five districts and each council member would be required to live in the district they represent and only be elected by voters of that district — rather than all five members being elected by all voters in the city. Voters would then vote every four years for a single councilmember from their district.

The city manager’s office responded to the demand letter in a news release on Friday, and the City Council is slated to consider on Jan. 10 whether to change over its elections from at-large to district-based voting.

“Regardless of whether the City agrees with the allegations outlined by Shenkman & Hughes, there is no city or public agency that has successfully defended an at large method of election, when challenged under the CVRA,” the news release said, noting that the City Council “is aware of the exorbitant cost that multiple cities and other public entities have faced in defending and/or settling CVRA litigation.”

In a staff report to the City Council from City Manager Christopher Boyd, the council is recommended to approve a transition to district-based voting, which would be implemented rapidly and would be in effect for the 2020 election. The city estimates the cost of transitioning to be between $50,000 and $100,000, and possibly more — which would include a one-time payment to Shenkman & Hughes “capped at a not-to-exceed $30,000,” along with one-time costs for a demographer to assist in drawing boundaries for voting districts.

Alternatively, Boyd said if the City Council decides not to transition to district-based elections and is sued, its own legal fees could be well over $1 million — in addition to potentially paying plaintiffs’ attorneys fees, should the case be lost. Shenkman & Hughes have successfully sued several cities who did not comply with prior demands to transition to district-based elections, including a lawsuit against the City of Palmdale that resulted in the city paying out $4.5 million in attorneys fees.

Mayor Jeannie Bruins told The Sentinel in a phone interview on Saturday that she disagreed with the letter’s allegation that the city’s current voting system results in minority votes being diluted, and said the change to district-based voting “wouldn’t even address that issue.” She said the city doesn’t have concentrated pockets of minorities, like a “little Italy” or “China town,” but instead has its minority populations spread throughout the city.

Despite her objections, she indicated the city would likely not attempt to fight the matter in court, saying, “It’s going to change forever how we vote.”

If the City Council votes to proceed with transitioning to district-based elections, state law requires steps to be rapidly taken to implement the new system in order to qualify for “safe harbor” protection that caps payments to plaintiffs’ attorneys at $30,000. Under a draft timeline included in the Jan. 10 City Council agenda packet, a series of five public hearings would be held in coordination with the drafting of new district maps, with final adoption being made no later than June 27, 2019.

What is the CVRA?
As summarized in a city staff report: The CVRA took effect in 2003 and prohibits at-large election systems from impairing the ability of a protected class (e.g. members of a race, color, or language minority group) to elect candidates of its choice or its ability to influence the outcome of an election. Modeled after the Federal Voting Rights Act (“FVRA”), the CVRA was specifically enacted to make it easier for plaintiffs to challenge at-large voting systems employed by many public agencies. To prove a violation of the CVRA, plaintiffs need only show the existence of racially polarized voting—that there is a difference between the candidates or ballot measures preferred by the voters in the protected class compared to voters generally. Plaintiffs are not required to show that members of a protected class live in a geographically compact area or to prove an intent to discriminate on the part of voters or officials.

How would the transition would work?
According to a city staff report: No current councilmember’s term would be cut short, but when his or her term ends, an incumbent can only run from the new district in which he or she resides. Thus, the three newly elected councilmembers, regardless of where districts may be drawn, will serve their full four year terms, or until 2022. The term of office for each councilmember remains four years.

Want to share your thoughts on how elections are conducted in Citrus Heights? Click here to submit a letter to the editor. The Sentinel’s policy is to publish every letter that comes in.